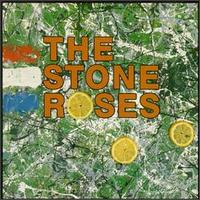 I first heard The Stone Roses when they appeared on Top of the Pops in November 1989  when they debuted in the same show as The Happy Mondays. The next day at school everyone was going on about ‘Madchester’.

The Stone Roses breakthrough single, Fool’s Gold was jangly, ambient and different to anything I had ever heard before. It’s success led to massive interest in their previously released album – The Stone Roses – with the discovery of great songs like ‘I Wanna be Adored’, ‘She Bangs the Drums’, and ‘(Song for My) Sugar Spun Sister’.  John Squire, the guitarist, main songwriter (and album cover artist) was hailed as a bit of a genius.  I think its the best debut album ever made.

The Stone Roses were not short of self-belief.  With typical modesty, lead singer Ian Brown told the NME in December 1989:

“We’re the most important group in the world, because we’ve got the best songs and we haven’t even begun to show our potential yet”

At the time of speaking he was probably right.  Like Oasis at their best, The Stone Roses’ even had quality B-sides.  My favourite song of theirs was the reverse of Fools Gold – the exuberant What The World Is Waiting For.

There was some complex legal saga with their record company which led to the incident where the band went into the company offices and threw paint everywhere.  But the most important thing was that no new music appeared. Although it was frustrating, the waiting sort of added to their legendary status – there were rumours of an album being honed to perfection.  When we heard that the title was Second Coming, connecting it to the messianic title of the closing track of the first album, ‘I am the Resurrection’, we just knew it would be amazing.  But then it came out.

Second Coming was poor and even the most diehard fan had to admit it – often after a few months of trying to appreciate it and pretentiously claiming it was ‘an acquired taste’.  It had few good tunes (‘Love Spreads’ was 8/10), but was packed full of endless guitar meanderings that had nothing of the freshness or subtlety of the first album.  It was bloated and boring.  The Stones Roses had disappeared up their own backsides.

But reading later interviews it is clear how drugs, specifically cocaine, played a part in the band’s decline and fall.  Cocaine tends to fuel arrogance rather than creativity and when the band’s self-belief became disconnected from great tunes, they lost their magic.  In amongst everything, the childhood friendship between Ian Brown and John Squire soured badly.  The Stones Roses died.  All that was left was some great songs and some brilliant memories.

But that was until a couple of weeks ago when they announced a come-back.

In contrast to the arrogance which helped implode the band, they were brought back by more humble circumstances.  It was at the funeral of the mother of the band’s drummer Mani that Brown and Squire re-established their relationship and decided to get the band back together.  It was a popular move – when the tickets went on sale for their comeback gigs, they sold out 150,000 tickets in just 14 minutes.

It shows how even in rock and roll, relationships are vital. Like Lennon and McCartney, nothing that John Squire or Ian Brown did by themselves has remotely touched what they did together.  Unlike the Second Coming, let’s hope this comeback is a resurrection we can truly believe in.

1 thought on “The life, death (and resurrection?) of The Stone Roses”