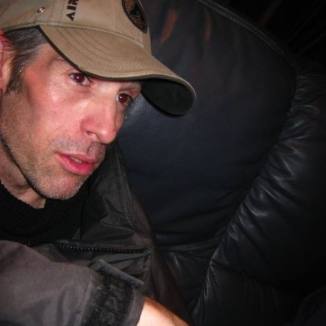 This weekend, I was on the BBC1 programme Sunday Morning Live discussing homelessness and begging.

I was on the programme because I disagree with the view of journalist Matt Broomfield who believes people should give ‘directly and unconditionally’ to people who are begging.

My views on this issue have been shaped by 20 years of working with homeless people.  All my experience tells me that handing over cash does not help and often makes the situation worse. (for more see How should we respond to people begging or When helping the homeless doesn’t help).

In the discussion, Matt Broomfield said ‘Ask yourself how you would treat someone in your family?’ Well, for me this is not a hypothetical question because alongside my professional work, I have also seen the terrible cost of addictions in my family.

My cousin James and I were the same age so as youngsters we spent a lot of time together. He was very good looking, cheeky and outwardly very confident. But in his teenage years, he began drinking heavily and in his twenties he became addicted to heroin. It began a 20 year battle with the drug.

James died suddenly just after Christmas last year. He was 45.

James’ mum asked me to speak at his funeral in January. After a long gap in our 20s and 30s, we had re-built a close relationship and we often spoke on the phone.

James’ life was chaotic as he continued to use drugs on top of his methadone prescription.  He gave permission for me to speak with his case worker at the drug clinic and we tried to support him to make progress. But it was hard and there was many ups and downs. The pattern was that James was able to go through physical detoxification from drugs but was  not able to undertake the psychological rehabilitation that would address the underlying issues.

One of the reasons we got on well was that we were honest and upfront with each other. He would often say ‘Let’s have no bullshit Jonathan’.

Crucially, we agreed some clear boundaries. Firstly we agreed that I would never lend him any money. Secondly, although he could phone me whenever he wanted to, I would end any conversations where he was simply blaming everyone else for his situation.

Rather than find these judgmental, James appreciated these boundaries. Perhaps they made him feel secure as he was not able to blag anything off me or even disappoint me. We had many heated conversations but the relationship never got broken.

The especially tragic thing was James had been doing well before he died. He had met a new partner and they were happy together. He had a nice meal with his Mum and her husband and he had given her a Christmas present for the first time in decades. He had even come off the drugs.

But the damage he had done to his body caught up with him. And shortly after Christmas he suffered a fatal heart attack.

Its not easy to write this. But I wanted to share it (with James’ mum’s permission) because its a personal experience. I loved James as my cousin. He was not someone I was paid to work with. There was no contract or strategy.  In one way it was nothing to do with my work.  But in another way it has everything to do with my work because the same principles apply to helping him as they would to anyone struggling with an addiction.

We need to re-think what it means to be kind because often the road to hell really is paved with good intentions.  If we are to really help people with addictions then we will need to hold boundaries and be thoughtful about what we do.

The best things to give

I wish with all my heart that my cousin James was still alive. But I know that the best things I gave him was friendship and time because it was these things that built an honest and real relationship. It was not by giving him easy cash or colluding with a victim mentality which justifies destructive behaviour.

The growing homelessness in our country is deeply wrong and social injustice and economic inequality are the primary cause. We should be campaigning for more affordable housing and against austerity.

But once someone is in the grip of an addiction, the underlying politics of what has created their situation counts for little.  We cannot just use homeless people, as Matt Broomfield is doing, as illustrations of political failure. True compassion means being focused on what actually helps them take steps of recovery and come off the streets.

This is because, like my cousin James, each person sleeping rough or gripped by addiction is a precious human being of infinite worth. We need to ensure the focus is on their true needs, not our emotional need to respond. If we are to truly help them we must have the courage and confidence to do the right thing, rather than the easy thing.