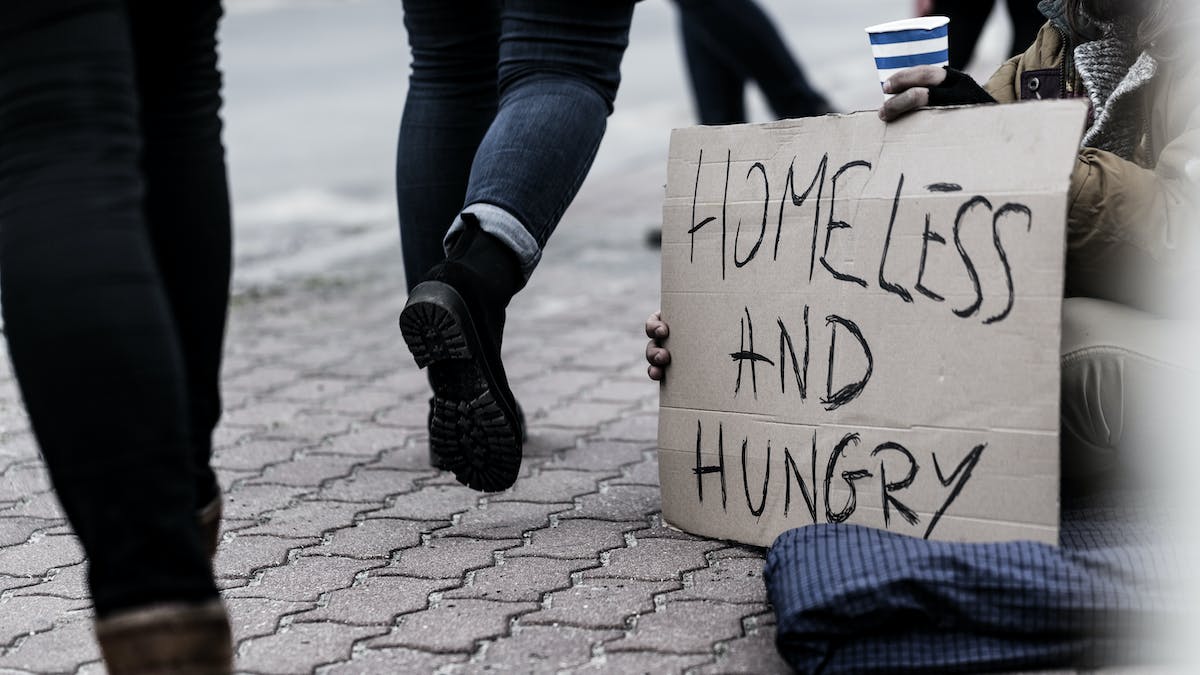 Last year, I got to know a young man who was begging close to where I worked. He was a real character, never short on stories or quips for passers-by. He told people that he needed money for accommodation.

I used to regularly make him cups of tea and talk to him. I always urged him to use the local centre run by WLM for homeless people so he could get the long-term help he needed.

At the same time the employees of a local business had also got to know him. After a couple of weeks, unbeknown to me, they decided to pay for a hotel room for him.

It would be nice to say that their kindness triggered a break-through and offered him the break he needed.

But that’s not what happened. The company paid for the hotel but he did not take any steps of changing his lifestyle. Despite his assurances, weeks went by and little changed. He continued to beg and never accessed any longer term help. The company got frustrated and fed up and stopped the arrangement with the hotel.

It is just one story, but it illustrates why homelessness is far more than house-lessness.

Homelessness is one of the most visible and visceral images of poverty. On the surface, it appears simple: another human being has nowhere to live.  The basic injustice of it fuels people’s motivation to respond.

But the reality is that the situations people face often are complex.  Not having a physical dwelling space is just one aspect of the problems they face.

I have always found this model helpful as a summary of poverty in the UK:

a) Poverty of resources

Material poverty – not having the resources of a house, flat or enough income is the most obvious factor. The unaffordability of housing, problems with welfare benefits, the insecurity of zero-hours contracts, unemployment and insecure work obviously all play a key role in homelessness.

The number of people coming from other countries to find work has greatly exacerbated this aspect of homelessness. Many people live on a tight-rope which means having nowhere to live is a constant threat.

b) Poverty of relationships

But just as significant is the poverty of relationships that so many are affected by. Many are vulnerable because they do not have a strong enough network of family or friends to either help them avoid a crisis, or help them during it.

When I managed hostels for young homeless people, many of them teenagers, this was by far the biggest single driver for their homelessness. The primary tragedy was not material but relational.

And of course, these circles overlap because the issues are inter-related. Material poverty puts pressure on relationships. And family breakdown deepens material poverty.

Underneath both of these is a deeper underlying factor of a poverty of identity.  As well as having poor relationships with others, many have a poor relationship with themselves.  Their sense of positive self-identity can be fragile and their resilience to cope with difficulties can be low.

Poor mental health and low self-esteem are often formed by adverse childhood experiences and different forms of trauma. Often drink, drugs and other addictions are forms of self-medication being used to manage or mask these experiences. This is why separating mental health from addiction issues is often impossible. This was the situation for my cousin who was addicted to heroin for 20 years.

Many homeless people can be anxious about the hassles and responsibilities of having accommodation. But of course, not having anywhere safe to stay daily reinforces trauma and increases vulnerability.

What does this model show us?

1. Homelessness is much more than house-lessness. Houses are material things – made of bricks and mortar. They are a key resource. But we value our homes for far deeper reasons because they are places of relationship and identity.  For most of us, homes are places where we have been loved and cared for by those with whom we have close relationships. Therefore, they are places where we belong – where our identity has been forged. Where we know who we are and where our value is affirmed.

2. The importance of rebuilding relationships and restoring identity.  Solving homelessness for people with significant needs is more complex than giving them accommodation. The building and restoration of positive relationships with others is critical. And the purposeful engagement in a job or voluntary work can do wonders for someone’s identity and sense of self-worth. Fundamentally, people are transformed far more by what they contribute to, rather than what they simply receive.

3. The significance of community.  The best way vulnerable people are supported is through participation and involvement in community. This is where issues can be nipped in the bud and the crisis of homelessness prevented. This is why churches and faith communities have such a critical role to play. It is in reciprocal relationships – where people’s contribution and involvement is valued – where healthy relationships and positive self-identity can be formed.

For an extended discussion of this model, please see this lecture: Homelessness and the Three Faces of Poverty

5 thoughts on “Homelessness is more than house-lessness: re-thinking kindness #3”