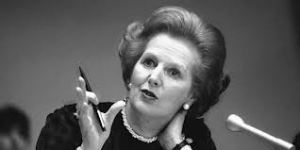 It was June 1990. I was 18, had just left school and had started work for Office Cleaning Services (OCS). I joined a mobile cleaning ‘hit squad’ which each day rendezvoused in a van on the Strand every morning at 6.30am.

I had just finished my ‘A’ Levels but my new colleagues gave me a whole new education. It was a crash course in the outlook of ‘White Van Man’ in Thatcher’s Britain. Europe, Poll Tax and Gazza were the big issues and our core texts were The Sun and The Mirror.

I was not used to being in central London that early in the morning. The biggest thing which struck me was the vast number of homeless people sleeping rough. At that time there were two or three people huddled under every doorway all around Charing Cross. A road like Villiers Street, which leads down to the Embankment, was like a Dickensian scene with scores of homeless people emerging from the shadows. The rapid rise in rough sleeping in the late 1980s was largely blamed on the social policies of Thatcher’s Tory government – not that they got much sympathy from my new colleagues.

After a few weeks with OCS I was transferred to Lancaster House, a large building on The Mall, next door to Clarence House, which was used for government hospitality and conferences. The building was grand but in those days a bit neglected and I was told that I would be helping getting the place ready for a NATO Summit due to start in a few days. This new position required security clearance and I went for an interview at Buckingham Palace where they probed me on whether I had any ‘extreme views’. I was suitably moderate and joined the team of eight others at Lancaster House.

Late on the day before the conference was due to start the there was a sudden panic around the building. Our supervisor told us we had to assemble on the ground floor immediately and we all assumed we were in trouble. But as we gathered, it was explained that Mrs Thatcher had stopped by for an impromptu visit on her way back to Downing Street. She wanted to check on progress and meet the team preparing the building. Some of my older colleagues started going on about how much they disliked her: ‘If I see her I’ll give her a piece of my mind’.

It was good fighting talk. But as the Prime Minister walked in, everyone fell very quiet. Any dissent dissolved quickly into half-hearted curtsies and politely mumbled words of greeting.

I don’t think a group of people could have felt more intimidated than we did. Almost as amazing as her hair was the powerful aura which surrounded her. I will never forget watching her as she actually ran her finger along one of the surfaces of a sideboard as she came in to check how clean the place was. She did not look happy and was obviously concerned about how the building would look for the conference. She was determined to take a ‘hands-on’ approach.

After meeting each of us and shaking our hands, she gave us a pep-talk. I can’t recall exactly what she said but it was something like this:

‘Thank you for your work here. This is building is in a somewhat shabby state – that’s not your fault but we need to do all we can to make it look as good as possible for our guests tomorrow. Your hard work is appreciated.’

And then she was gone. And we got on with the cleaning.

I think we got the building looking decent and the next day the NATO leaders all arrived. I added to my name-dropping portfolio by meeting George Bush (Senior) in the Men’s Toilet. But that’s a tale for another time…

In the years since I have read quite a few books about Thatcher – the best being Hugo Young’s One of Us. Everything I have read has confirmed two opinions I formed during my summer of cleaning in 1990:

The first is how much I disagreed with and disliked her politics. I acknowledge that she had to tackle the inefficiencies and self-interest which brought the country to its knees in the 1970s. But her ideological belief in perpetuating inequality as a way of increasing aspiration was a disaster for the poor. Her policies created homelessness and decimated communities, especially in the North as I was to learn more about when I moved to Hull.

But the second is the sneaking admiration I have for her courage and chutzpah. Her visit that day to check on Lancaster House was an example of her leadership style. It embodied her desire to take situations on, not to tolerate mediocrity, to bypass bureaucracy and do what was needed.

As we have seen in the debate over the last 24 hours, there is no doubt that Margaret Thatcher still sharply divides opinion. But no one can deny she was a remarkable woman .

5 thoughts on “The day I met Margaret Thatcher”