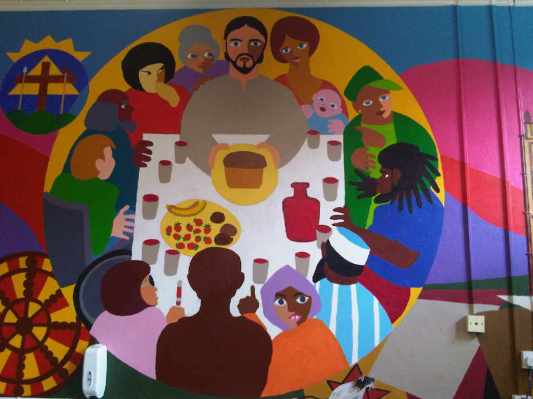 Two major events happening in November show why the Church continues has such an important role in addressing  homelessness.

Secondly, on November 10th there Homelessness, Hospitality and Hope which is the first ever service to celebrate the Church’s Winter Shelters which now run in 24 London boroughs and in many other places around the country. This is held at Southwark Cathedral and includes a number of seminars on issues relating to running a shelter.

The influential Christian network Housing Justice is playing a major role in these events which both speak of the continuing relevance of the Christian message and the willingness of activists to put that faith into action.

Despite what I heard described as the ‘muscular-secularity’ which has dominated many professional homeless services over the last twenty years, Christian spirituality continues to spring out in fresh ways. As well as the faith which is expressed implicitly through action, there is growth in the more explicit expressions of faith such as chaplaincy, bible studies and spirituality groups among homeless people. The issues of meaning, hope, reconciliation and forgiveness are such big issues for those affected by homelessness. And the spirituality expressed by those with so little is often profoundly challenging to those of us who have so much.

The Christian message speaks of a hope which is close at hand – accessible to anyone, whatever their situation and whatever they have done. This hope has transformative power, both in this life and beyond, as Paul wrote:

‘For I am convinced that neither death nor life, angels nor demons, neither the present nor the future, nor any powers, neither height nor depth, nor anything else in all creation, will be able to separate us from the love of God that is in Christ Jesus our Lord.’ (Romans 8:38-9)

The biggest challenge to the fierce opponents of the Church is the example of Christians who serve others and make a positive difference in their communities. An atheist friend made me smile when he said to me a while ago “It does my head in that just about everything good in this neighbourhood is somehow connected to the church”.

And it’s interesting that within the field of homelessness it is often churches who continue to start new projects. And, in contrast to the big agencies, church projects are often completely dependent on volunteers.

The genius of the Winter shelter model is that they bring many diverse congregations together – C of E, Methodist, Baptist, independent Evangelical, Catholics and Pentecostals, serve together offering one night of shelter and hospitality a week. Different theologies and traditions are put aside to work together to help those in need. It is a fantastic example of the kind of unity in diversity which the church can model.

Sure, the institutional Church might be struggling in all kinds of ways. But these two events display the continuing relevance of Christian spirituality and the hope and hospitality that flows from genuine faith. They are signs of divine love and power which Jesus called the kingdom of God. It is not a kingdom of imperial power (or big contracts) but of humble service and generosity. As Jesus said,

‘What shall we say the kingdom of God is like? It is like a mustard seed, which is the smallest seed you plant in the ground. Yet when it is planted, it grows and becomes the largest of all garden plants, with such big branches that the birds of the air can perch in its shade.’ (Mark 4:31)

If you are interested in attending either of these services then please follow these links for information:

1 thought on “Homelessness: how the Church still offers hospitality and hope”