It cannot be disputed that Churches are very good at establishing social action projects.

Recent years have seen a huge growth in projects such as Foodbanks, Night Shelters and a wide range of other initiatives. The big challenge is how these projects maintain their Christian ethos and integrate this alongside their high quality practical service.

I know of so many organisations, both large and small, which were birthed with a strong Christian basis but have now left it behind.  In our secularised times, faith often becomes just a slightly embarrassing footnote of their history.

Sometimes faith fades due to a lack of passion or commitment or a key person leaving. “We used to be more overt about faith but it doesn’t really happen anymore.”

Sometimes it is due to fear, especially to do with losing resources. “It would not go down too well with our funders if we were too Christian.”

And sometimes faith just become fossilised. “A Vicar chairs the committee but there is no real connection with the church.”

In these ways that faith becomes dis-integrated from social action and a chasm opens up between the church and the projects it has started.  The homelessness field in which I work is littered with examples because so many homelessness charities were originally started by churches.

The split can often lead to power struggles, bitter disputes and eventual messy divorces between the church and the social projects it has formed. Often both sides end up poorer for the separation.

Its tragic because community projects often provide the best witness to faith in a sceptical world. Most people have a lot of respect for genuine care and compassion in action. Often it makes much more sense to them than a church service.

The growth of social action provides the church with some great opportunities.  But we must learn the lessons from the past and not allow social activism to secularise the church or neuter its message.

Christian social activists should be bolder in their ambitions to integrate faith and spirituality alongside their practical work.  This is not always simple or easy especially when working with vulnerable people.  It does not mean being coercive, inappropriate or forcing anything on anyone. But it will mean being courageous, creative and confident.

We need to remember Jesus’ words:

“You are the light of the world. A town built on a hill cannot be hidden. Neither do people light a lamp and put it under a bowl. Instead they put it on its stand, and it gives light to everyone in the house. In the same way, let your light shine before others, that they may see your good deeds and glorify your Father in heaven.” 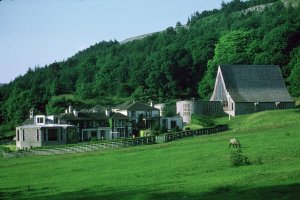 If you are interested in a weekend away to reflect and pray more on these kinds of issues then you might be interested in joining me at this weekend I am helping to lead which is coming up soon. It is at the beautiful Scargill House and some places are still available:

For all the details and how to book in please see the Scargill website.