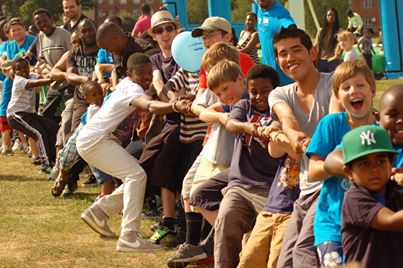 Last weekend was a brilliant one in our local community. On Saturday, nine different congregations worked together to put on a Family Fun Day on Streatham Common. Over 2000 people came.

Then, the next day, a joint ‘Messy Church’ service was held on the same spot to which the whole community was invited. Lots of people who don’t normally come to church came along. The whole thing was organised by Love Streatham (who my wife works for) which brings together the churches in Streatham to show God’s love to our community.

The functions of Church

It got me thinking about the importance of mission in the life of the Church and reminded me of a seminar I went to a few years ago led by Mike Frost where he outlined four functions of church:

Worship as ‘the controlling function’

When worship is in the lead role, each of the other three functions are organised around it. Thus discipleship is chiefly done via a sermon at the Sunday gathering; fellowship is done after the service over coffee. Mission primarily becomes the activity which seeks to draw people to the Sunday service.

Many Christians have become deeply disillusioned with this approach. Whether they are part of traditional churches or newer, charismatic congregations, the focus on the Sunday meeting easily becomes dissatisfying. Its because it leads to a very concentric form of church, focussed in on itself as an institution. Instead of focussing outwards, the church becomes focussed on keeping its current members happy.

In turn this increases denominationalism, deepens a sense of competition between congregations, entrenches disunity and worst of all, neglects mission. The church becomes a club which looks after its members.

Mission as the controlling function

In contrast, Frost promoted the idea that Mission should be the controlling function: 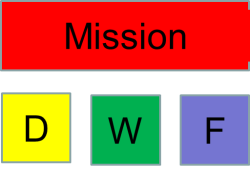 This was not because mission is more important than discipleship, worship or fellowship. As Mike Breen has powerfully argued, without discipleship, mission will always fail. The reason that mission should be the controlling function is because each of the other three functions are best served when the overall focus of church is missional and outward facing.

This utterly rings true to my experience. It has been when I have engaged in mission, whether through short term mission trips and events, or longer term community projects, or through decisions about where I live or where I work that I have grown most in discipleship. Also, my fellowship with other Christians has developed most through doing outward focussed work together: this has deepened my relationships with other Christians more than any amount of church attendance has. And it is living out my faith in the real world which has most enriched my worship. The best way to deepen prayer and praise is through depending on God.

The meaning of Church

His thinking is very similar to Lesslie Newbigin’s about the essentially missionary nature of the church. We need to be reminded continually of this – because as a church we are seriously addicted to buildings and meetings. Mission is not a department of the church but its very nature; its very reason for being.

As Chris Wright has written:

‘God does not have a mission for his Church; He has a Church for His mission’