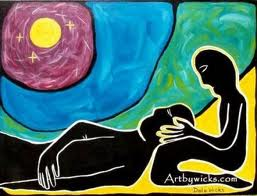 “Because of our Welfare State, it’s hard in the UK for the Church to find social needs to respond to,” explained the young man to the group of European Christian leaders.

“The local homeless project has asked members of the Church not to give money to anyone begging outside the church,” announced the Curate to the congregation, “because it undermines the longer-term work they are doing with people.”

These two comments have stayed with me over the past few years and for the same reason.  It  might be easy to see why the first one frustrated me with its short-sightedness. But perhaps the second one is more legitimate?

Maybe there was good sense behind the advice given to the congregation.  But what galled me was the absence of any further advice to how the community of affluent London believers should respond to those destitute.  For example, “but do, please, talk to them, engage them, find other ways to express kindness and interest.”  But when the announcement was made to the congregation, you could almost hear the collective sigh of relief.  ‘We have been told that doing nothing is actually the right thing.  Phew!’

I hate it when we look for get-out clauses to loving people.  I hate it and I have a terrible history of doing it.

I remember at university how several friends campaigned with Speak, helped at homeless projects, were first to volunteer to run a local kids holiday camp.  I remember how I sat with them in church, reflecting on their choices but thinking confidently, ‘It’s just not my calling.’

Then somehow I stumbled into working at the relief and development charity Tearfund (I thought it a worthwhile spot for some short-term money-earning), and God set me on a long, slow journey of wrestling with the question of obedience.

Sitting at a computer at Tearfund, I found myself swimming in stories of need and suffering and transformation and hope.  My worldview exploded.

Things that I thought mattered suddenly seemed vain and shallow and self-important. A lot of my theology was suddenly inadequate.

Justice became my new, unexpected imperative.  I suddenly saw how the life I took for granted was impossible in most of the world (and probably unsustainable for me).  So I decided to abandon any sense of ‘calling’ and instead obey the urgent needs of the world.

I struggled to re-orient myself in a world reeling with harsh inequalities.  It was clear to me for the first time that to be human – in the sense of how God created us – meant to respond to the pain and suffering around us.

I tried abandoning all thoughts of performing and writing in favour of feeding starving people – it became that simplistic.

It wasn’t long before I realised that ignoring the passions and gifts I had was refusing to be the person God had made me.  It was deciding for myself, rather than asking God, what should be done in the world.  But if ‘obedience’ to who God had made me led me back the way I had come? Where was the possibility of change?

Obedience to be human

Obedience, in the church I grew up in, was about personal holiness (don’t lie, swear or have sex before marriage) and personal calling (what specific job is Jesus calling you to do?).  But I have come to see a gaping hole in this vision of obedience:  a humanity-shaped hole.

We are called to be obedient to the fundamentals of being human, which through the lens of our Scriptures is expressed in loving God and loving our neighbour as ourselves.  If we want more material to work with, it is expressed in the values and lifestyle of Jesus whose fundamental calling was to serve others.  His example is of putting the needs of others ahead of his own.

I could go on to describe the simplicity of his lifestyle, how open he was to interruptions, his bias towards those with the most basic of needs.  But actually my guess is that it will take me a lifetime to get to grips with his profound compassion and his enacting of the possibility of a better world.

When we think of our daily living, this obedience is more of a ‘how’ than a ‘what’.

So I haven’t walked away from my ‘calling’ or the ways in which God has gifted me.  I hope that their expression is becoming less oriented towards success in the world’s eyes, and more towards becoming the best, most humane version of myself.  Someone God might recognise as human in the sense he meant it.