This article was also published on the Faithfulness Matters website

The good news is that due to the pressure that the Faithfulness Matters campaign put on them, we can confirm that Global Personals have changed their policy towards the public advertising of the affairs websites they run.  In direct response to our campaigning, they have introduced stipulations to their partner brands such as ‘Marital Affair’, that these websites should not be advertised ‘inappropriately’ in places such as high street billboards.  We are pleased with this as it makes it less likely that the public adverts for affairs websites will re-appear.

It shows how important the pressure we have brought to bear on the company is.  Through our emails and phone calls of complaint to the company, lobbying the National Business Awards, the letters to MPs to sign the Early Day Motion against these websites, our campaign has influenced the UK’s largest on-line dating provider.  Thanks for all you have done.

Furthermore, the Faithfulness Matters campaign has helped create a much needed debate on the wider issues of ethics in the on-line dating industry.  Despite being a multi-million pound business on-line dating is completely unregulated and we have helped shine some light into the murky areas of this business.

Pretty good for a campaign whose total expenditure has been about £30!

Although we are pleased that we have influenced their policy towards advertising, the bad news is that Global Personals still run these websites.  They still profit from encouraging and facilitating people to cheat on their partners.

We need to continue to highlight the toxic nature of this work as all the signs show that pressure works.

The CEO of Global Personals, Ross Williams, likes talking about profits and picking up awards but he has proved to be very sensitive to the criticisms we have raised.  He has threatened us with legal action, refused to meet with us and declined to publicly debate our concerns on Radio 4.  In their desperation to present us as extremists, the company have even made claims, 100% without foundation, that Faithfulness Matters has links to the British National Party (BNP).

Despite earning 50% of the profits from Marital Affair, Global Personals present themselves as a respectable business.  They have not appreciated Faithfulness Matters exposing the shabby reality of their work.  But we will continue to do so until they make a properly ethical decision and commit to stop running websites which profit from breaking up relationships. 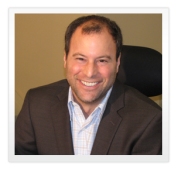 Global Personals may be a ethically shabby outfit – but the ugly truth is that are worse companies out there. The US affairs website Ashley Madison, run by CEO Noel Biderman, are aggressively targeting the UK market.

Sadly, their marketing is aided by the kind of lazy journalism seen in The Times and The Daily Mail newspapers this week.  As so often, the journalist simply regurgitated uncritically the ‘research’ and statistics provided by the companies. Both The Mail and The Times quotes ‘a survey by the site’ which claims that in Manchester alone there is one subscriber for every 27 people.  Who verifies these figures? I simply don’t believe them because they come from a source with a vested interest to inflate them.

In addition, the newspapers use the photos and ‘Case Studies’ supplied to them by the websites.  This means they propagate the twisted philosophy that presents infidelity as somehow good for relationships.  They show pictures of beautiful young women alongside tales of women trapped in sexless marriages – to portray themselves as serving the needs of modern day Lady Chatterleys, providing sex for those tragically deprived of physical affection.  The newspapers are simply providing the websites with cheap advertising.

The reality is far more ugly, in more ways than one.  Actually the focus of these websites is to profit from naïve men who are gullible enough to pay up.  It’s a shame that the newspapers do not show pictures of sad blokes at computers wasting hundreds of pounds on websites like these – or of crying children affected by their parent’s unfaithfulness.

People like Ross Williams and Noel Biderman need to know that people care about the toxic work they profit from.  We need to do this in ways that are effective rather than simply giving their products more publicity.  We need to show them that Faithfulness Matters.