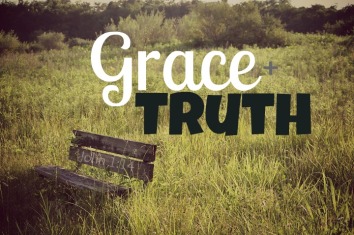 I am part of a Facebook group for cricket fans. (For US readers, this is the sport Robin Williams described as ‘baseball on valium’.)

What strikes me is that comments and opinions on quite minor subjects (yesterday it was a radio commentator’s retirement) often produce incredibly heated arguments.

And quickly these rows descend into name calling and vitriolic abuse.

Another group I am part of exists to discuss church, theology and ethics. Many of the posts relate to some of the deepest of subjects imaginable such as racism, abortion, poverty, life, death, sexuality and ultimate purpose.

But this particular group has been established on an explicit ethos of ‘gracious engagement’. (If this sounds a bit pious, its worth saying that the ‘G’ and the ‘E’ are partly there to make an acronym work for the group’s title!)

Some may think that a group with plenty of Christians should behave well so its not a fair comparison. But as anyone with experience of debating such issues online will say how hard and dysfunctional these discussions can be.

Do the group members always adhere to these principles? No, not at all.

Do people argue and get upset? Yes, every day.

But, the ethos of the group is continually referred to as a way of moderating and restraining the dysfunctional tendencies that are always at risk of breaking out. The group has quite active moderators who help keep the discussions within reasonable boundaries.

It’s not the absence of conflict or bad behaviour, but the response to it which illustrates the ethos best.  You see (some) people apologise or express regret for how they have said something. Even when their posts are subjected to moderation, contributors don’t just leave the group in anger.

I don’t feel particularly ‘at home’ in the group because many of my concerns are not similar to the majority of members. But I have learnt a lot about how other people see the world. It has been richer than just hanging out with ‘people like me.’

So much of what happens in social media, whether you are discussing sport, theology or politics, is far from being gracious. In fact, much of it is horrible and toxic.

What the internet gives with one hand, it takes away with the other. We have more scope than ever to hear and engage with different people’s views. But on the other hand, we have created more tribal echo-chambers than ever before. We seem to be worse than ever at disagreeing well.

The democratic nature of the internet and social media promise us freedom. But freedom corrupts very easily. Groups based simply on ‘freedom of expression’ become horrible places. Chaos continually breaks out in the Edens we try to create.

Humans are relational beings – our humanity is found in our engagement with others. But we are also all broken and fractured. This means that in order to enjoy freedom, we need boundaries to manage our shadow sides. To stay healthy and safe, social spaces rely on a certain amount of restraint.

Restraint is different from repression. Disagreement and debate is a necessary and should be encouraged. When views are just repressed and silenced it is very dangerous.

This is why political correctness, which seeks to suppress and silence views it deems unacceptable, actually ends up stimulating discrimination.  It ends up feeding the beast it seeks to fight.

Many people are urging others to ‘be kind’ at the moment. This is OK as far as it goes.  But grace goes far deeper than just kindness.

Grace is not a cheap form of ‘forgive and forget’ or just middle-class niceness. Grace is costly and demanding: it requires us to turn the other cheek, to love our enemies even when we don’t like them (or agree with them.) It is the ethical reflection of what God offers all of us.

People don’t often change their mind through the presentation of facts or data. They change through engagement with others: hearing their story, understanding them as people and as fellow humans. This is why stories, such as the good Samaritan, the prodigal son, and the gospel story itself, have such enduring power and impact.

Ultimately, these stories of grace have helped people engage with truth.  Let’s go do likewise.

1 thought on “Grace helps people engage with the truth”