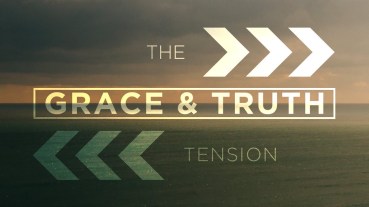 When I was in my twenties, I lived in Kings Cross in London and was a member of a local church. There, I got to know a man who was a former crack addict. We’ll call him Ian.

He was doing his best to put his life back together and get work as a painter and decorator. He was earnest, likeable and honest and upfront about the problems he faced.

One week Ian turned up at church for an evening service after getting kicked out of his accommodation, after a row with his partner. He had nowhere to go, was very upset and was desperate.

At the time I managed a hostel for young homeless people in Soho. In the professional environment at work, the boundaries were clearer. But in church, I felt challenged in a different way. What should I do when faced with a fellow church member facing a night on the streets?

The way of the cross

At that church, we heard teaching and sang songs which encouraged us to radical action. One regular song we sang was Show Me the Way of the Cross by Matt Redman (1996):

‘You can have it all’ . I remember thinking: ‘Do I really mean these words?’

So I told Ian that he could come and stay with me.  He assured me that it would only be a week or so while he got himself somewhere to stay.  Also, I needed some tiling done in my kitchen so I paid him to do the work in the first few days he stayed with me. It kept him busy and he did a great job.

The trouble was that Kings Cross, especially in those days, was not a good place to live if you are seeking to break free from a drug addiction. After he had completed the tiling job, Ian’s situation started to spiral downwards and he got drawn back into his previous lifestyle. He repeatedly failed to do anything we agreed about finding accommodation.

Numerous incidents happened in a very short space of time.

One evening, he brought a group of the most chaotic, drug-addicted people imaginable back to my flat – all with the clear expectation that they could get crack at my flat.  The next day, Ian was arrested for possession of drugs and because he had a set of my keys on him, the police searched my flat. I came home to find a search warrant stuck on my TV. Later on, Ian broke into the house of another church member, causing significant distress and anger to those affected.

That evening, when he came back to the flat, I confronted him about everything that had happened and the impact his behaviour was having.  The church leader came over too and we had a very intense few hours of talking.

The end result was that Ian agreed it was best if he handed himself into the Police.

I will never forget walking with Ian up the hill from Kings Cross to Islington Police station at the Angel at about 2 o’clock in the morning.  I remember thinking that of all the ways I had tried to help Ian, helping him hand himself in was probably the most significant and important.

It was a crazy couple of weeks that I have often reflected on.

My intention in allowing Ian to stay was to show grace to him – to give him a chance that he may not have been offered elsewhere. But this grace had not been enough to make a difference – in fact in some ways it had made things worse and caused further damage to relationships.

This is just one story, but I believe it illustrates a wider truth relevant to everyone seeking to help people recover from such situations.

We need to show grace as we seek to help people. But we must always remember that truth is a vital component of any real change.  The practical application of this is shown in this chart: 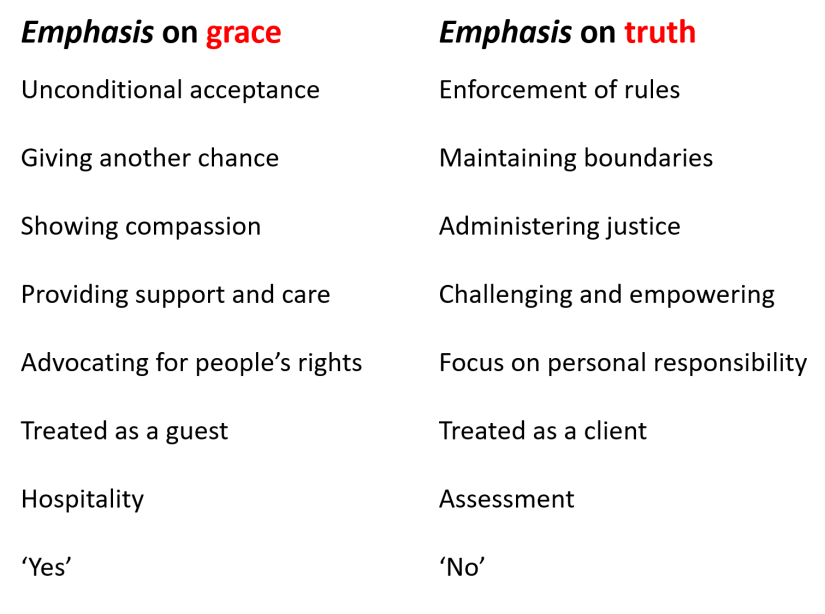 Twenty years after this story, after many similar experiences, I am convinced that it is in this blend of grace and truth that transformation happens.

3 thoughts on “The need for grace and truth: the complexity of compassion #1”