There are plenty of reasons why Christianity, especially in Western countries, is perceived as a religion of the rich and powerful. Over the last two thousand years, a huge amount of unhelpful cultural and historical baggage has accumulated around Christianity.

The best antidote is to return to the Bible and be reminded of what Jesus actually said and did.

A few years ago, I heard a talk at the Greenbelt festival which encouraged everyone to go through one of the gospel books and do the following:

Jesus’ encounters in the book of Matthew

I went away and did this, using Matthew’s gospel as it contains the longest account of Jesus’ life.  It is obvious to see the pattern that emerges: In the vast majority of cases, Jesus’ encounters with the powerful are negative and his encounters with those on the margins are positive.

Where the outcome fits with this pattern is recorded in green in the last column and where its does not it is marked with red. For two encounters the outcome is not recorded in the gospel so these have been left blank. 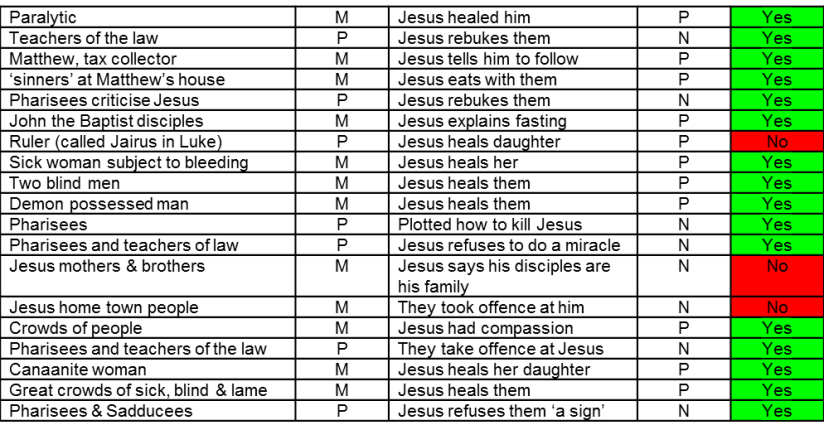 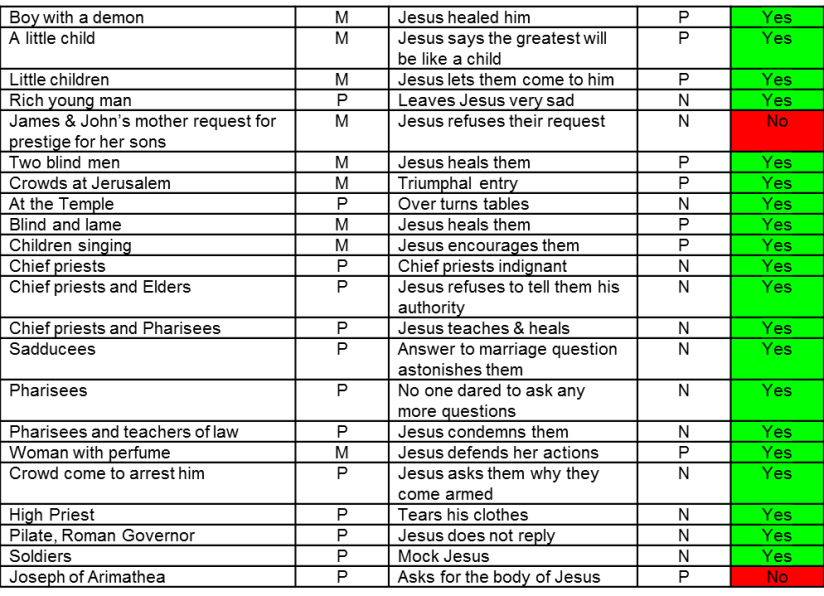 What this pattern tells us

The pattern that emerges is strong and clear enough to show us the revolutionary nature of Jesus’ life.

Jesus was compassionate. He comforted the disturbed – bringing hope, healing and joy to people in need.  This example has inspired Christians to do the same – offering care and help to those in need.

We must not simply frame Jesus’ mission in the positive.  For, as this list shows, Jesus also disturbed the comfortable, sharply challenging the rich, religious and complacent. His words and life threatened the self-interest of religious, political and economic status quo to its core.

Jesus spoke of and lived out an ‘upside-down kingdom’ which turns the selfish and unjust values of the world on its head. Where economic, social or religious systems embody selfishness and injustice, like they did in the Temple in Jerusalem, Jesus calls us to turn over their tables.

This is the core basis for Christian political engagement today. Jesus challenged the self-interest of the rich and powerful then – and his followers should do the same today.

There is nothing more biblical than a concern for social justice.  It is here, in Jesus’ example, that we can find the best inspiration to challenge and change our unjust world.