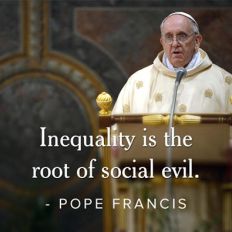 Every day I am struck by the incredible inequality on display in the West End of London.  I get off the bus outside Selfridge’s and see the £5,000+ designer handbags in the windows.  I walk through Marylebone past the exclusive clubs and restaurants such as the Chiltern Firehouse with security guards and paparazzi outside.  Every few minutes, Ferraris, Lamborghinis and McClarens roar past ostentatiously displaying the wealth of their owners.

But in the very same neighbourhood, the Day Centre run by the West London Mission sees a hundred homeless people every day.  These are people at the opposite end of the wealth spectrum – people who sleep rough under doorways, in parks or on night buses. At our centre they can get the very basics: a good value breakfast, showers and access to medical care.  And last year we helped over 300 homeless people come off the streets.

The West End of London might be the playground of the ultra-rich but is also is the home, by a long way, of the largest population of rough sleepers in Britain today.  It is a concentrated geographical microcosm of the gross inequalities which affect the whole country.

London’s Evening Standard newspaper regularly illustrates this sharp divide.  In yesterday’s edition, an article titled ‘Murdoch’s daughter buys home for £38.5m’ drooled about the heiress’ new house in St John’s Wood with its seven bedrooms and “a reception hall as big as some entire London flats”.

But at the bottom of the page, a far shorter article focussed on the rising numbers of rough sleepers in Westminster.  It was hardly sympathetic to their plight.  Instead, the journalists chose to focus on quoting complaints from local businesses that the rise in rough sleeping has “turned Park Lane into a slum”.

The UK generates great wealth, but it is distributed increasingly unequally. During our years of growing prosperity, the vast majority of our increased wealth went to those who were already rich – while the poor actually became poorer.  This is neither just nor sustainable.

But this is not just an issue for those who care about social justice.  We should all care about inequality because it hurts us all.  The massive gap between the rich and the poor is bad for all of us.

The seminal book, The Spirit Level by Richard Wilkinson and Kate Pickett, powerfully showed that all kinds of social problems are directly related to income inequality in developed nations. In countries where the gap between rich and poor is at its widest, mental illness, obesity, imprisonment, mistrust, low social mobility and many other social problems are all worse than in countries with more equal societies.

This is true for everyone in society, not just the lowest earners. So a wealthy person in the UK is more likely to suffer from health problems or be a victim of crime than they would be in a country which was equally affluent but had a smaller gap between rich and poor.

The growing gap between the rich and the poor impoverishes us all.  We have to close the gap.

4 thoughts on “Inequality is bad for EVERYBODY: its time to close the gap”