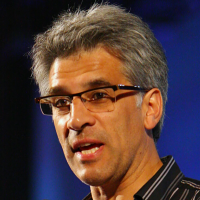 Just over 20 years ago I went to the Christian festival Spring Harvest for the first time.   One of the seminars I went to during the week was on ‘Green Issues’ and was part of a series entitled Soapbox.  The speaker was highly engaging and charismatic and I still vividly remember some of his lines:

“Green issues?  I’ll tell you what, green issues are just another New Age heresy…we shouldn’t care about the rain forests, we should care about the Word of God.  We should cut down more trees so we can print more Bibles…At the end of the day people don’t need oxygen, they need salvation.”

The idea behind these Soapbox seminars was that the speaker would be deliberately controversial, playing devil’s advocate to encourage the crowd to disagree and contradict him. A bit like Speaker’s Corner.

But there was a slight problem: hardly anyone did disagree with what was being said.

Apart from a few bearded blokes near the front who were almost frothing at the mouth, most of the people around me were in complete agreement.  They were nodding and doing that ‘hmmmm’ of approval that Christians do when they agree with a speaker.  Instead of being shouted down, the outrageous views were greeted with comments like ’He’s right’, ‘Absolutely!’ and even the odd ‘Amen’.

It was the last time that those Soapbox seminars were run at Spring Harvest.

And it was the first time I ever met Steve Chalke.

This is just one example of the power of influence that Steve Chalke has within the church. Back then he was the poster-boy for the Evangelical Christianity.  His brilliant communication skills have inspired and invigorated thousands of people and he has been by far the most influential advocate for Christian social activism in the UK.

But over the last 10 years, Chalke’s views have become increasingly controversial within evangelical culture.  It started with his book, written jointly with Alan Mann, The Lost Message of Jesus which questioned the doctrine of penal substitution (that Jesus died to appease the wrath of God).  Then last year he came out strongly in support of committed gay relationships.  His most recent project questions the inerrancy and infallibility of the Bible.  Each of these controversies have sent reverberations around the evangelical world.

I think some people see Steve Chalke a bit like Miley Cyrus.  They appreciated him in his Hannah Montana years because he was fresh, talented and safely within the mainstream.  But now many see him as subversive, a bad influence and even dangerous.  More like a theological Wrecking Ball (do you see what I did there?)

Like many who are drawn deeper into social activism and a concern for justice, Chalke has been on a theological journey.  Using a chart I have used a few times before, Chalke has moved in emphasis from the blue side of this chart over to the red:

A couple of weeks ago it was announced by the Evangelical Alliance that Oasis’s membership of the Alliance has been terminated.  The key reason given is that Oasis (the organisation Steve Chalke founded) were deemed to be running a campaign to change the church’s historic perspective on sexuality. The news has caused immense debate on websites and blogs.  (Read Oasis’ response here)

As the Evangelical Alliance’s Basis of Faith is held up as a benchmark of orthodoxy, the EA have the increasingly impossible task of policing the boundaries of evangelicalism.  And as I know from my 8 years at the Shaftesbury Society, remaining a member of the EA is very different to actually agreeing with its pronouncements, or adhering to them in practice. I think the key problem for the EA is that they are perceived as excluding dissent and closing down a discussion on sexuality that is urgently needed.

The reality I am continually seeing, especially among younger Christians and those committed to social justice, is a marked shift of perspective towards an inclusive and accepting position on same-sex relationships.  Whatever is preached from pulpits, there are a wide range of views on sexuality within even the most conservative churches. Debates on these issues continually break out in the youth groups and home groups of evangelical churches and no one should pretend otherwise.  I am not convinced that evangelical leaders are really facing up the huge sea-change that is going on.

After the publication of The Lost Message of Jesus, the Evangelical Alliance organised a major event where over 700 people gathered to discuss the meaning of Christ’s death and the atonement.  It was an important event because, unlike the vast majority of tribal gatherings, it actually brought together people who disagreed.  It did produce a heated discussion but at least it was happening in an open and honest way.

And this is what I think is needed on faith, the Bible and same-sex relationships.  You can go to plenty of conferences which will reinforce either an inclusivist or conservative positions, but these often simply feed existing tribalism rather than create genuine dialogue.

I know plenty of Christians who I respect who hold different views on this issue. To talk in simplified terms, I work in a church setting which is inclusive and attend a church which is conservative.  Like all churches, each has strengths and weaknesses.

Christians need to discuss sexuality honestly in a climate of faith, rather than fear. To listen, rather than label.  To converse, rather than just seek to convert.

Sadly, this is not the perception given when organisations are ejected from networks.  It is further evidence of the truth of Oliver O’Donovan’s phrase, that when it comes to the church and gay relationships, it is still “a conversation waiting to begin”.

Related article: When Two become One (tribalism in the Church, part 2)

23 thoughts on “Chalke and cheese: Oasis and the Evangelical Alliance”