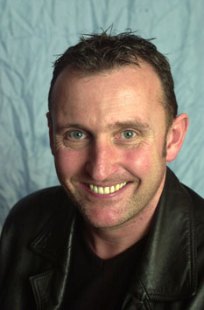 At the National Prayer Breakfast at Parliament on Tuesday, 700 of the Great and Good assembled in the Westminster Hall in Parliament.  There are dangers that such an event can easily reflect a safe form of Christianity – one that has had its rough edges nicely rounded off, to ensure that it does not cause offence so that no one chokes on their croissants.  So often the establishment wants to celebrate the good things that faith brings – e.g. the charity, the inclusion and the community action – without reflecting the passion and fire that has driven the motivation to establish most of the significant Christian initiatives.

Well, any sense of nicey-nice, anodyne Christianity was well and truly shaken up by Andy Hawthorne who gave a brilliant and bold key-note speech.  Andy spoke about how he got his youth and community work with The Message Trust in inner-city Manchester off the ground at a time when many traditional churches were simply not connecting with young people.  And he used his grassroots experiences to issue a directly political challenge to the powers that be.  He used analysis from Theos about the fact that ‘God’ has been mentioned more times in political speeches in the last 10 years than any time in the last 100 years.  He said:

In contrast, he spoke with a rock-solid conviction about his faith in a Jesus who shakes things up, who brings hope to the marginalised and subverts the way things are.  A Jesus who transforms lives.  It was the kind of speech that I bet someone like William Booth, the founder of the Salvation Army, would have made 150 years ago.

My father-in-law always says that when you speak about Christianity “you’ve gotta mention the ‘J’-word”.  I remember repeating this to a fellow social activist and they replied ‘you’re so right, Justice is so important’.    I am sure that some of the assembled crowd would have been a bit comfortable with more mentions of ‘Justice’ and a little less about ‘Jesus’.

Just after him, the Speaker of the House of Lords wrapped things up and re-established a more politically correct tone by running through a familiar roll-call of different faith groups to ‘acknowledge them’.  In one stroke it showed the wide gap that exists between vibrant, passionate commitment and a pale, secular nominalism which wants the inclusion that religion brings without any of the dynamism of real faith.

Later I spoke at a seminar later on a theological response to the Big Society – along with Nick Spencer of Theos and Guy Brandon of the Jubilee Centre.  In my brief talk I spoke about what I see as the main challenge in Christian social action: how to confidently integrate faith alongside practical care and service in the community.  There are too many charities and mission agencies where faith has ‘dis-integrated’ – where the original motivations have been removed to history and whose current work has lost any distinctive Christian flavour.

I ended with 4 ‘C’s that the church should show in its social activism:

3 thoughts on “Mentioning the ‘J’ word: Andy Hawthorne at the National Prayer Breakfast”