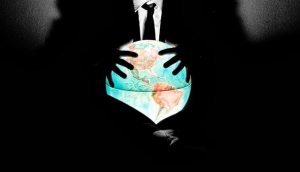 “The Powers That Be are more than just the people who run things. They are the systems themselves, the institutions and structures that weave society into an intricate fabric of power and relationships. The Powers surround us on every side. They are necessary. They are useful…but the Powers are also the source of unmitigated evils.” Walter Wink

Fear and loathing at the heart of Europe (and elsewhere)

Warning bells started to sound after reading media commentators, facebook statuses and posts after the Brexit vote in the UK. There were some really jarring reads: condescension, mockery and pure disdain for those who had voted contrary to the prevailing media and governing class’ opinion.

It was as though those who voted ‘leave’ in the Brexit referendum were somehow not as intelligent or informed as those voting to remain. ‘Exiters’ were quickly labeled nationalistic, xenophobic or narrow minded.  Alongside the labels, a whole rash of stories where spread seeking to sow deeper division in almost every area of society.

God teaches us to be weary of those two things in ourselves: disdain for fellow human beings and a desire to sow division.

We need to listen to the legitimate perspectives of those who are raising their voices – both in the UK, the US and even here in New Zealand where I live.

I believe that Globalism is the underlying driver of the turmoil many countries are facing.  It seems to be the outworking of this ideology on the general population that drove the ‘Brexit’ vote outcome and the current Trump phenomenon in the States.

It is the ‘elephant in the room’ which few mainstream media outlets are discussing. Globalism, unlike globalisation is not a fact, but an ideology. A utopian one.

It is pretty easy to find who the key movers are and to whom they are connected. The multi-billionaire George Soros is one of the key advocates for the Globalist agenda. He uses his power and wealth to influence many politicians, corporations and organisations to further his worldview that national economic and political leadership needs to be more controlled and coordinated.

Globalism is said to offer a universal plan to free the world from disease, hunger, war and the effects of climate change.  Many world, corporate and finance leaders have bought into the idea that a One World Government is the only way to achieve peace and economic security.

One of the first step towards ‘hemispheric government’ looks to be via trade agreements such as TTPA, TISA or TPP. Both Hilary Clinton and Obama fully support the TTP agreement and it is likely will vote irrevocably to activate it in Congress this month. These highly secretive agreements diminish individual counties sovereignty by establishing offshore courts to adjudicate on trade regulations.  They take power further and further away from ordinary people.

How can it be citizens don’t get to vote on such things or at least are given information to help them understand the implications of such agreements? How can it be? This is a top down down initiative with shockingly little democratic engagement.  It is easy to see how people see them as Trojan Horses for the globalist agenda.

Another key issue is the question of ‘open borders’.  Often these discussions get shut down pretty quickly by people shouting ‘xenophobe!’ But the sustainability of a policy of open borders needs questioning in countries where is there is such pressure on health and housing services. Will we be able to support these new citizens in the way they deserve or want?

Asking these questions doesn’t make you narrowly nationalistic. It is simply a question of being practical and sensitive to the needs of both newcomers and those who already live there. Two traits I am not seeing a lot of in politicians or media commentators.

The lack of clarity around these kinds of questions fuels concerns about the shadowy ideology of globalism.  It was a major contributing factor to the ‘Brexit’ result and now too the US election.

Renėe McMullen holds a degree in Theology from Kings College, London and is a part-time teacher, full-time mother and (mostly) Christ follower.  She lives in New Zealand.