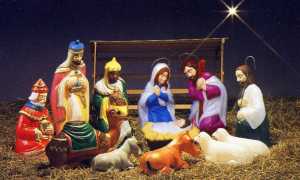 Christmas is an important time for homeless projects and every year I speak briefly at a handful of concerts and services. This is (roughly) what I said at the beginning of the second half of Divertimento choir’s wonderful fundraising concert for us.

“Yesterday I was at the Salvation Army carol concert and the evening concluded with a moving drama. It started by telling the story of three people homeless or separated from their family at Christmas – a teenager who had fled home, a lady whose relatives didn’t make the journey to see her and an older man wandering the streets.

The attention then switched as the classic nativity scene gathered on the stage behind them: proud parents, shepherds and wisemen.

Then in a poignant act of grace the Angel descended the steps and led each of the three people by the hand, one by one, to join the Christmas scene. They were each warmly welcomed and accepted by the nativity characters and invited to take their place around the manger.

But as I watched I realised that this scene was also about something else:

By taking their place in the nativity the story of these three people was being woven into the bigger story of God breaking in that we’ve remembered and celebrated for the last 2000 years.

Five mornings a week the Homeless Action Project in Leamington provides drop in, advice and activities for people who are homeless or struggling with their mental health or addictions. We meet people’s immediate physical needs – food, shelter, clothing, laundry – but also provide advice and support, particularly housing and benefits to help people move forward with their lives.

Anyone is welcome to walk through our door – there are no criteria or appointments and we work hard to create a welcoming accepting atmosphere for everyone.

But acceptance on it’s own is not enough.

People need to know that they are significant. That they are loved and created by God and have gifts and skills that are unique to them, even if they don’t realise what they are yet!

That’s why we run a range of small group of activities such as art, cooking, first aid and gardening where people can contribute something to the community around them. That’s why we encourage people to take ownership of their project and be involved in making decisions about it’s future. That’s why in the coming year we are staring an employment centre, not because we’re expecting people to be able to find jobs tomorrow, but to support them into voluntary and work experience placements where they can start contributing something back to wider society. Because each person is significant and what they do matters.

Of course, all this takes money to run and that’s why I want to thank you for coming and supporting us this evening and say a big thank you to all the time, effort and creativity that Divertimento have put into putting on this wonderful concert.”