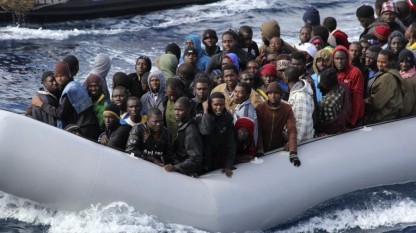 Home is where the heart is for most of the world’s population. People do not readily leave home, family, jobs, friends and their familiar life to tramp across borders and take their lives in hock in perilous crossings.

Our public reflection on this issue is so shallow.  We freeze on refugees drowning in hundreds or dying huddled in lorries, or bewail more immigrants coming to the UK, but do not ask why this great exodus has happened.

When we do ask, the answer has to be: This is our work through pursuing a policy of the international promotion and sale of arms, further militarising the areas which have now become ungovernable and riven with strife and danger. Most of these refugees are travelling with guns and bombs behind them.

Let us consider some of the Western background contribution to this process in the Middle East.

First, from 1979 onwards the United States through the CIA spent several billion dollars training and equipping terrorists in Afghanistan to fight the USSR. Groups, including Al Qaida, learned terrorism and carried on practising it.

Second, the United States armed first the Shah of Iran, and then through the Iran-Contra deal Reagan provided more weapons to the Ayatollah. Then Reagan and Rumsfeld backed Saddam against Iraq in the Iraq-Iran War and the West plied Saddam with arms for oil money. When, surprisingly, Saddam used his arms and invaded Kuwait (partly to pay for French weapons) the whole region was subjected to a major war, and Iraq faced disruption, sanctions and famine.

Then, following 9/11, Afghanistan was subjected to another military attack spreading further chaos in that country, further pushing the Islamic opposition into professional terrorism. Further, in 2003, when there were no weapons of mass destruction, and under pressure from the military-industrial complex in the United States, the Second Iraq War pushed the nation into breakdown. Militias looting western supplied arms caches then became another wave of terrorists involved in Shia-Sunni conflicts in Iraq.

Then finally massive supplies of arms to the Iraq Army from the United States were taken by ISIS and became the basis of their marauding expansion through Iraq and Syria. Russia also contributed by supplying Syria with the weapons, which allowed the Syrian Government to victimize its own people. Thus the chaos in the Middle East has been primed at all stages with mainly western arms.

The same pattern was evident in North Africa. The arming of the Egyptian military dictatorship has come from the West. Indeed, Cameron was in Egypt selling arms when the Arab Spring broke out. Even worse, Tony Blair, together with Berlusconi, set up a deal with Gaddafi, for the supply of conventional weapons to Libya, arming him with the kit he used against his own people. These arms were later looted, together with arms supplied to the rebels during the uprising, and the result again was Islamic terrorists marauding through North Africa and across the Sahara. 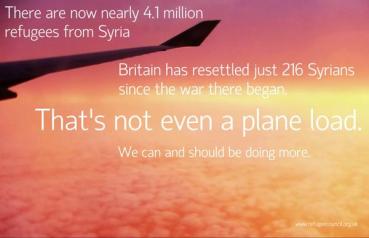 Now we face refugees fleeing from the destruction and fear caused by weapon-touting terrorists. The refugees from Syria alone total over four million mainly going to Iraq, Lebanon, Turkey and Palestine.

Those coming to Europe as asylum seekers are a minority of these and the focus of the present tragedy. Unlike the generous German response, the UK one is mean, tightening the conditions on obvious asylum seekers from Eritrea and elsewhere, closing our eyes to the tragedy millions face in having to leave their homes.

We are the problem

But even more we stay callous and impervious to the way in which our Western arms sales have militarised the Middle East and the Mediterranean, gradually creating terrorism, war and destruction. We are the problem, and yet the Cameron arms sales team carries on selling the means of suffering and death. Unless we stop, it will return to us. As Jesus (more or less) said, “Those who make the sword will die by the sword.”

Alan Storkey’s new book War or Peace? The Long Failure of Western Arms (£10) is just out.

9 thoughts on “We are the problem: Western militarism created this ‘refugee crisis’ – by Alan Storkey”

People need acceptance & affirmation, but they also need honesty & reality. This is grace + truth. It is the blend of both which helps individuals make positive changes, organisations to work effectively & society to become fairer.  More details.