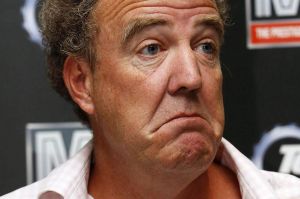 So next week you have got to decide what you’re going to do about Jeremy Clarkson.

On the one hand, you want him to continue heading up one of the BBC’s most successful shows which is loved (and hated) the world over and raking in millions of pounds each year.

On the other he’s (allegedly) assaulted and abused Top Gear producer Oisin Tymon, after already being given a final warning for his behaviour.

So what action could you take that would treat the incident with the seriousness it deserves, but still keep open the possibility of Jeremy keeping his job at Top Gear? I think some of the principles of Restorative Justice may help you out.

Restorative Justice, as the name suggests is an attempt to restore the relationship between a victim and offender after a crime has occurred. It is always voluntary on the part of both parties. In a safe space it gives the victim the opportunity to explain the impact that the crime has had on them and their family.

It gives the chance for the offender to repair the harm done and start to make amends. Crucially, the balance of power, which normally lays with the offender is reset as the victim gets a voice as an equal and shapes the decisions made.

So Oisin Tymon could sit down with Jeremy Clarkson and talk it through – but two critical problems need dealing with.

Secondly there’s the world-wide perception problem. When a role model hits someone (allegedly) because there’s no steak, after lots of previous warnings, the public need to feel it’s been properly dealt with.

So, my suggestion is that Jeremy Clarkson should be put in Oisin Tymon’s shoes. He should be responsible for sorting out all the food and carrying and fetching and organising for a different TV show. Not just for a half hour gimmick and a press call, but for a whole, gruelling series.We’d want to be fair so we’d pay Mr. Clarkson at the going rate for the work he carries out, but treat him exactly the same as everyone else.

At the end of that time, then he could sit down with Oisin Tymon, apologise properly and start restoring what has been broken. But then it would not be just about the two of them. They would be representing the relationship between all big money celebrities and the men and women who labour unseen and unheard on a fraction of the income to make programmes happen. Between those who have power and those who don’t.

I know they’ll be challenges and a media circus, but these are not insurmountable problems.  And, this would need to be a choice for both men. Oisin Tymon would need to decide what his response would be and it would present a stark choice for Jeremy Clarkson: Either you go down this route before it’s time to film the next series or you walk away and you never do Top Gear again.

I don’t know he would choose. But despite his expletive-ridden tirade at the BBC recently, I have a suspicion that Jeremy Clarkson loves Top Gear and might walk quite a few miles, and serve quite a few dinners, if this could save it.

Why not give it some thought Mr. Hall. What have you got to lose?

2 thoughts on “How do you solve a problem like Jeremy Clarkson? A positive proposal to the BBC – by Jonathan Chilvers”