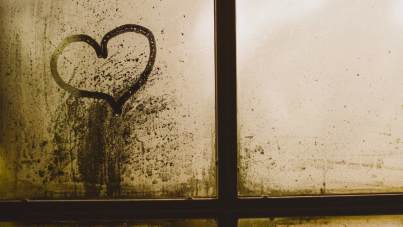 I reckon most people can get to this point with me…

There was a man from Nazareth in Galilee, who taught that love was the only law, and that God was returning to make the world right.

He showed his miraculous love by befriending and healing those whose sickness or position in society made them outcasts.

He went to Jerusalem, the geographical centre of his religion and a major garrison town of the occupying Roman Empire, and performed a number of symbolic acts designed to get those in authority all riled up.

His show trial and subsequent execution were inevitable from there on in (even though his followers didn’t see it coming), and it only took a few days before his lifeless body was being taken down from a cross. His tiny band of disciples dispersed immediately, just a handful of women present at his execution.

Historically, it’s likely (though not provable) that something like this happened nearly 2000 years ago. Then we get to the point where many of you, dear friends, part company with me…

Just a few weeks later, that small band of disciples were on the streets of Jerusalem, saying that they had seen Jesus of Nazareth, alive again. They went through imprisonment, exile, torture and death without ever denying it. Their movement, which they called ‘The Way’, grew at a steady pace so that by the middle of the 5th century perhaps half of the citizens of the Roman Empire were believers.

I don’t think it was a dastardly plan to set up a global business called ‘The Church’.

I don’t think it was a mass hallucination.

I think something else happened.

Within a couple of decades, people who had met Jesus were saying he was somehow superhuman, more than human. But it wasn’t just about what happened that first Easter Day, this man who came back to life was alive inside them. He was part of their life and they were part of his life.

There’s a cheesy song that goes, ‘You ask me how I know he lives, he lives within my heart.’ I believe he’s here with me as I write this, and with you as you read it.

Knowing the resurrected Jesus isn’t just about accepting a particular version of events, events we can never be sure of by our own historical standards. It’s a personal moment, in which you invite Jesus to be present in your life.

Be warned: things will change, and not always for the better. The good life is sometimes a hard life. But it’s the best life. This Easter, why not give it a go?

Jesus, if you are here I want to know you. I admire you as a person but now I want us to be more than acquaintances. I cede control of my life and turn towards you. I want to be part of your kingdom of love.

If you know a Christian (it just means ‘little Christ’), why not talk to them about this?

Simon Hall is a minister at Chapel A in Leeds