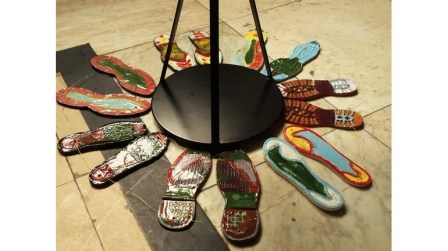 My daughter and I have just got back from WLM’s Sleep Out held last night in the grounds of St James’ Church, Piccadilly.

It was an uplifting evening. 82 supporters gave up their bed for the night to sleep out and (so far) we have raised £35,000 for our work to bring rough sleepers in from the cold.

A platform for change

Michael was one of our formerly homeless clients who spoke to everyone last night at the start of the evening. He talked about how WLM gave homeless people ‘a platform to help people like him come off the streets’.

A platform to help. It’s a good phrase to describe our work.

Charities like WLM provide support, stability, consistency and resources for people in need. And these are vital ingredients that help homeless people make the steps they need to make.

But it’s wrong to think that any person or agency can sort someone else out. No one can take the steps of change on behalf of someone else – there is always a journey that is needed to be taken by the individual concerned. However much social injustice has led to someone’s homelessness, their steps of transformation will always be irreducibly personal.

As I left the church this morning after the sleep out, I got chatting with a homeless man who asked me for change as I walked along Piccadilly to the tube.  As we spoke, I thought I recognised him and we worked out that he had lived in the emergency shelter I managed back in 1999/2000 when I worked for the youth homeless charity Centrepoint.

Eighteen years later and he was still on the street.

We shared the names of many other residents we both remembered from that hostel. It was sad and sobering to realise how many had since died, almost all due to addictions.  As I traveled home it was a sad reminder of the stark reality of street life.

This week at WLM’s centre for rough sleepers on Seymour Place, my friend Chris Ward came to speak to the Spirituality Group which meets every Tuesday lunchtime.  I have known Chris for around 6 years since we met at the Greenbelt festival (see this post for more). Later we would go on to co-write a booklet ‘Homelessness: grace, truth and transformation’ together.

Chris was on the streets for over 3 years and almost died due to his addictions to drugs and alcohol.  He spoke powerfully about the hard road of recovery that he has gone on since his days on the street.

Over the last year, Chris has been in intensive therapy after finally getting a proper diagnosis for his mental health issues. Through having good quality support, he has found the resources and courage to face up the reality of what he has been through and the trauma that he suffered when young. Importantly, it has also helped him be honest about the pain he has caused to others too. I am so proud of the progress he has made.

Belief in God and direct spiritual experiences have been at the core of Chris’ recovery journey. Instead of being an escape from reality, faith has helped him engage with reality and to be truly honest with himself. Grace has enabled him to accept truth.

Chris spoke with a power and directness that only addicts can. He challenged everyone to be honest and take the steps that only they could take. And he inspired us with stories and pictures from his recent pilgrimage along the Camino de Santiago in Portugal and Spain.  His talk was a great example of how pilgrimage is both an outward, physical journey but also an inward, spiritual one.

Chris and Michael’s stories are ones of hope. They have both been able to use the platforms available to walk the hard road of recovery. But we need to be real about the damage that homelessness, addictions and trauma have on people and lose any romantic notions we may have about homelessness.

Its never too late for someone to change and to turn their life around. And, whilst we cannot change anyone else, we can be resolute to be there for those in need, offering the platform and the opportunity for change.

You can listen to the BBC Radio 4 programme ‘Beyond Belief’ on Begging, featuring myself and Chris Ward. (Chris’s section is at 12.42)