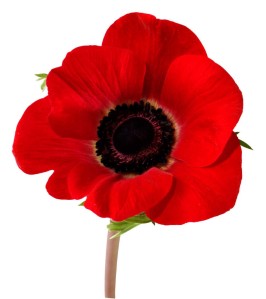 Lots of people in the media have been complaining that ‘everyone’ (starting with Jon Snow) is being pressurised into wearing a poppy. Maybe I live in some kind of poppy backwater, but I spotted only a minority of wearers in Leamington today and nobody seemed to be judging those that weren’t.

I freely choose to wear a poppy – I don’t think they glorify war, although I do think that we should explicitly remember war dead from other countries.

Last night’s Rev shed light on what Adam Smallbone thought about whilst praying on retreat.  So here’s some of what was going through my mind at 11am this morning:

Thank God that it wasn’t me.

Thank you God that I didn’t have to make a decision between conscientiously objecting and signing up to fight for my country. (I think I would have convinced myself it was right and signed up, but I’m not sure I would have always liked myself for it).

Thank God that I didn’t have to face that body numbing and brain mashing fear of likely death in the trenches or at Dunkirk. A bullet bringing the end of me with barely a second thought.

When they speak of World War II, I’m always horrified and amazed by my grandparents’ utter normality in extraordinary times. The older generation that we talk to and walk past each day weren’t any more brave or stoic or with fewer feelings than you and me. They simply found themselves in a different time – just one tick of history before me.

I then wondered whether I would ever face those decisions in the future.

There is no reason why history will continue to move in an ever straight line called ‘progress’ away from death and war. I pray that my character will be prepared to make decisions with fortitude and courage whilst actively pursuing peace each day.

I opened my eyes and looked around. I was standing at work in a homelessness drop-in with people who seldom feel like they participate in mainstream society. We stood, remembering together. A collective silence bringing out the dignity and worth in a country and a people.

7 thoughts on “My two minute silence: ‘Thank God it wasn’t me’”